Join the Eagleton Institute of Politics‘ Center for Youth Political Participation for a virtual celebration of Constitution Day 2021: Fulfilling the Promise of the 26th Amendment

2021 marks the 50th anniversary of the ratification of the 26th Amendment, lowering the voting age from 21 to 18 years old and outlawing age discrimination in acceess to the ballot. Its ratification ushered in the country’s last seismic expansion to the franchise, yet barriers to the youth vote persist 50 years later.

In a moderated conversation, Patricia Keefer, an original youth organizer behind the 1971 push for ratification, will join today’s youth organizers from across the country. Constitutional litigator and Twenty-Sixth Amendment legal scholar Yael Bromberg will facilitate the discussion around the ongoing project of fulfilling the promise of the Twenty-Sixth Amendment today. 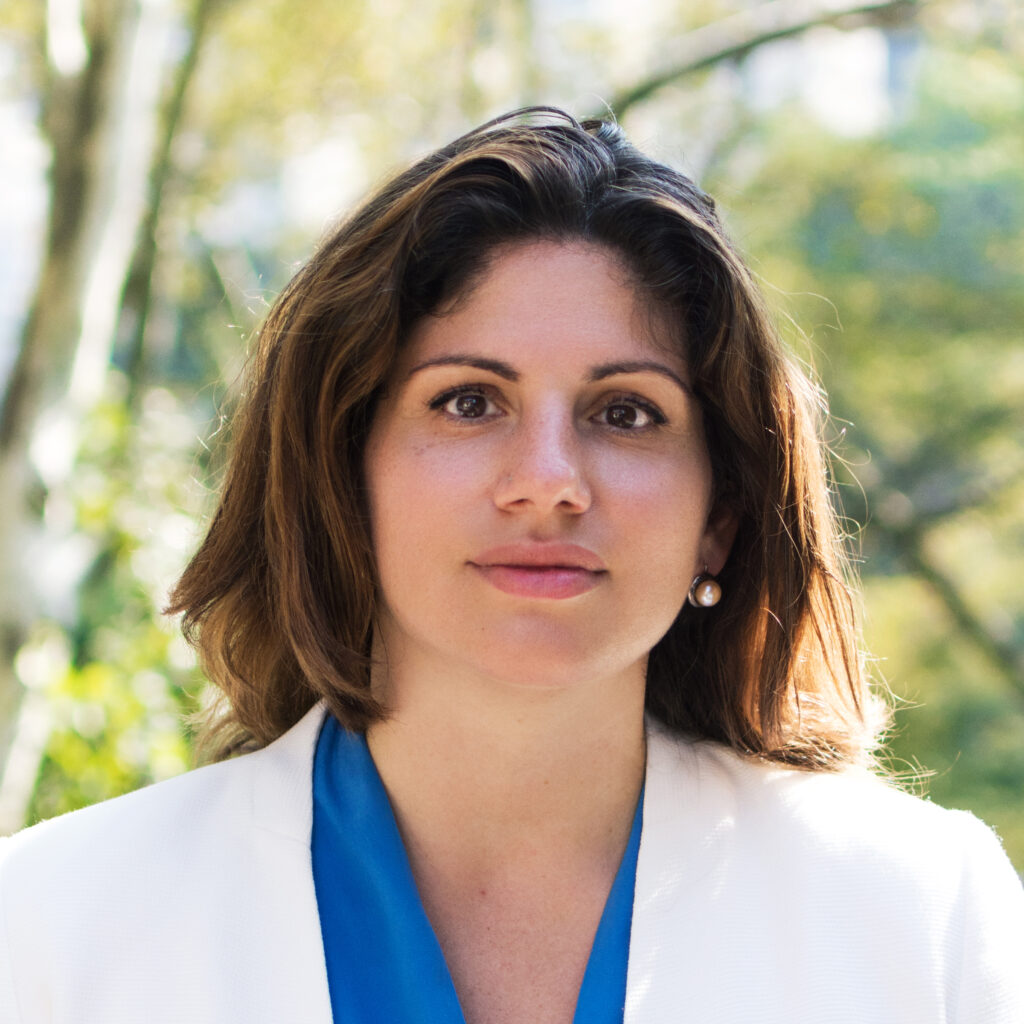 Yael Bromberg is a constitutional rights attorney with twenty years of experience in community organizing, advocacy, and campaigns. She counsels and represents individuals, organizations, and unions in administrative, state, and federal courts across the country. Her docket includes election law, voting rights, free speech, ethics, civil rights, and labor cases and projects. Yael is Principal of Bromberg Law LLC, of counsel to Weissman & Mintz LLC, and Lecturer at Rutgers Law School where she teaches election law and the political process. Her legal scholarship, Youth Voting Rights and the Unfulfilled Promise of the Twenty-Sixth Amendment, has been dubbed a groundbreaking study and legal call for arms. Formerly, Yael served as Chief Counsel for Voting Rights for the Andrew Goodman Foundation and as supervising attorney and teaching fellow at Georgetown University Law Center’s Civil Rights Clinic and Voting Rights Institute where she received an LLM in Advocacy. She previously worked in the Washington, D.C. headquarters of Common Cause and clerked for nearly three years with the late Honorable Dickinson R. Debevoise in the U.S. District Court for the District of New Jersey. Yael is a graduate of Douglass College and Rutgers Law where she was a Kinoy/Stavis Fellow in the Rutgers Constitutional Litigation Clinic and received upon graduation the Elia Jarmel Memorial Award for greatest interest and proficiency in public interest law. In 2015, she received the Eric Neisser Public Service Alumni Award, and is the youngest recipient of the award. Yael is barred in New York, New Jersey, and the District of Columbia. 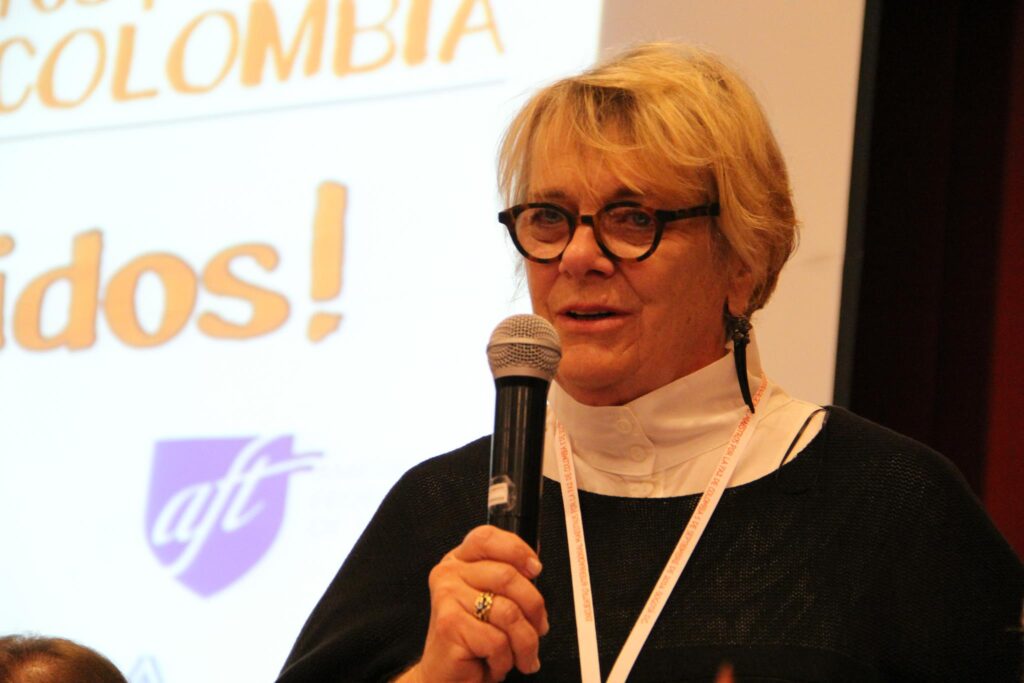 Patricia Keefer, Director, International Affairs Department, American Federation of Teachers; heads the AFT’s advocacy human rights and labor rights worldwide. She has played a leadership role in political and constitutional reforms in women’s rights, voting rights, and youth political participation in the U.S. and globally as well as democratic development projects in every region of the world. She served as the on-the ground manager of election and democratic governance programs in many countries; including Pakistan, Bangladesh, Northern Ireland, Czechoslovakia, Chile, Bolivia, South Africa, Zimbabwe, Mozambique and Malawi. She is acknowledged for her role as co-chair of the national campaign to amend the U.S. constitution with the ratification of the 26th amendment and is collaborating on a book and virtual historic archive. She attended the University of Cincinnati and holds two appointments at the Institute of Politics, Kennedy School Government, Harvard University, as a fellow in political organizing and participation.

Aigné Taylor is a fourth-year student double-majoring in Political Science and Sociology from Havelock, NC. She has been advocating for equal rights and fair elections since March 2019. Her passion for voting rights developed after realizing NC A&T was split into two GOP congressional districts (also known as, “gerrymandering” or “cracking”). She served as the SGA Political Action Committee Chair (2019-2020) where she assisted the Attorney General with spearheading voter registration and engagement initiatives. She served as a Democracy Fellow for Campus Vote Project (2019) and currently serves as a Campus Election Engagement Project Institutional Fellow (2019-Present) where she educates her campus community on voting laws, registers students to vote and facilitates creative yet informative and educational programs. She currently serves as a Newman Civic Fellow, Voter Registration & Champion Training Lead and Institutionalization Co-Lead for her campus inaugural Civic Engagement Coalition where she will continue cultivating a civic engagement culture on her campus. 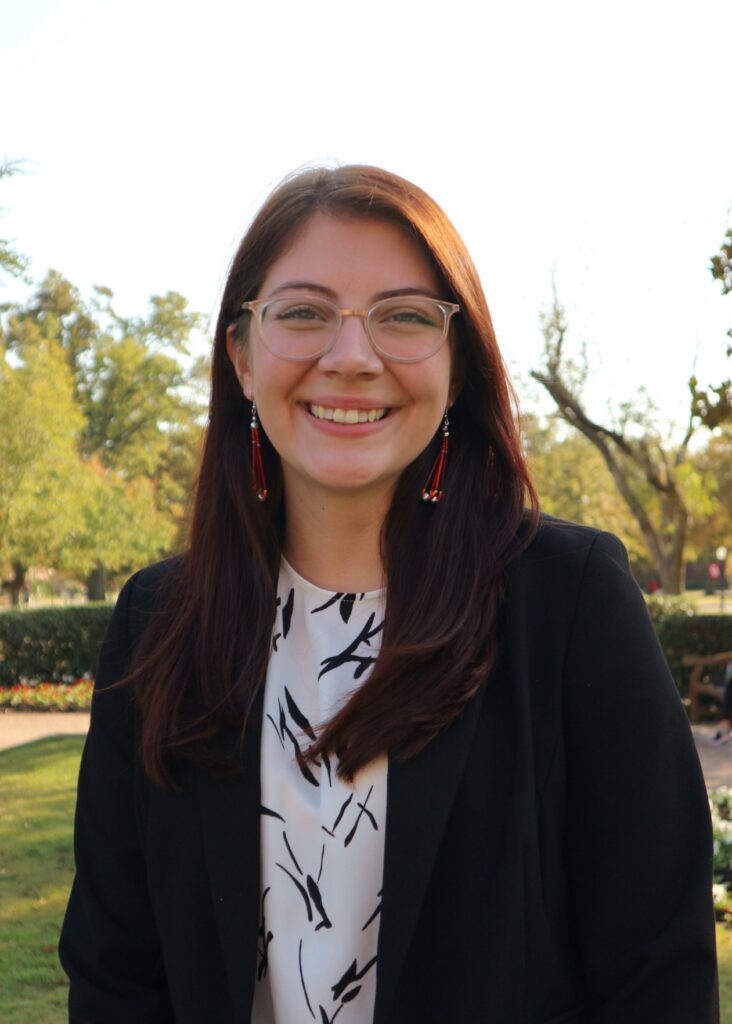 Kamryn Yanchick a proud citizen of the Seminole Nation of Oklahoma and a descendant of the Muscogee Nation. She is currently a senior at the University of Oklahoma working towards earning dual degrees in political science and Native American studies, with an emphasis in tribal governance and policy. Kamryn began promoting civic engagement on campus when she joined the Oklahoma Votes exec team in 2019 and later served as a co-head of the organization as a 2020-21 Civic Engagement Fellow. Off-campus, Kamryn works with Rock the Native Vote doing voter registration and Census outreach at cultural and community events around Oklahoma City, as well as serves on the Student Advisory Board for Campus Vote Project, where she is paving the way for research and programming highlighting the experiences and needs of Native American students around the nation. Kamryn is also an active member and leader in the Oklahoma Intercollegiate Legislature as well as president of the Alpha chapter of Gamma Delta Pi, Inc., American Indian sorority.

The Center for Youth Political Participation’s RU Ready in the Classroom lesson modules are an initiative for fostering youth civic engagement in their communities by providing evidence-based resources to support high school educators in teaching democracy. Check out the Passage of the 26th Amendment lesson module here.

Facing History & Ourselves to challenge teachers and their students to stand up to bigotry and hate. Check out their resources for the classroom including: 10 Questions for Young Changemakers and Fostering Civil Discourse: How do we talk about issues that matter?

The New Jersey State Bar Foundation offers free print and online resources for elementary and high school educators interested in promoting respect in the classroom, understanding of the Bill of Rights, and informed citizenship. Check out there resources here.

The American Federation of Teacher’s Share My Lesson offers free activities and resources for K-12 educators looking to teach the US Constitution in the classroom. Check out their full list of resources here.

Teaching the 26th Amendment with the New York Times

The New York Times teaching resource from Jennifer Frost uses primary sources to help students explore the history and significance of this important expansion of voting rights. Check out the full article here.