Launched in 2002 with funding from the Pew Charitable Trusts, the Young Elected Leaders Project (YELP) studies and works with young people who run for public office. With this work, Eagleton constructed a database of young elected officials; conducted a survey of young elected leaders regarding their background and leadership experience; convened a conference of young leaders in May 2003; and issued a report entitled Political Generation Next: America’s Young Elected Leaders.

Currently, YELP is led by Dr. Elizabeth Matto, Associate Research Professor and Director of Eagleton’s Center for Youth Political Participation, and a team of undergraduate researchers.

Highlights from the Original Report

In 2002, the Eagleton study identified a total of 814 men and women age thirty-five and younger serving among all officials in Congress, statewide elective executive positions, state legislatures, and municipalities with over 30,000 population. Young elected officials held approximately 4.8 percent of all these positions combined, constituting a minuscule proportion of public officials. They included six Members of Congress, two statewide elected officials, 321 state legislators, and 485 municipal officials.

Young elected leaders grew up in homes where politics might well have been a dinner-table topic of conversation. Their families not only talk about politics – they engage in politics.

Young elected leaders tend to be active citizens. Similar to U.S. political elites of any age, young political officials are joiners and doers, tuned in to the world around them. They are also more trusting of people’s motives than are young people in general.

What Do Young Leaders Think?

Among the respondents to the survey of young elected leaders, we found a number of significant gender differences. We also identified several areas where, sometimes surprisingly, no gender differences were evident.

Even the Presidents of the United States had to start somewhere. Check out past Presidents as Young Elected Leaders.

How many Millennials and Young Candidates ran for office in the 2018 midterms? Which states had the least/most Young Candidates? Explore our data on demographic and partisan makeup up the candidate pool 2018.

Looking for Young Elected Leaders (YELs) in government? Here is the breakdown of YELs in:

Stay up to date with Governors who started their public careers as Young Elected Leaders:

Read about the generational, gender and ethnic composition of the states’ legislatures and see how Young Elected Leaders compare to other generations in terms of demography and partisanship.

Learn more about young adults serving as mayors and current mayors who began their public careers when they were young.

Young Leaders at the Nation’s Founding

Learn about how young people helped shape our country from the start!

The 2020 Aresty Research for the Young Elected Leaders project focused heavily on gaining insights about the experiences and viewpoints of Millennial and Generation Z young elected leaders (YELs). To do so, our undergraduate research assistants, Ashley Abrams and Paige Chan analyzed and coded eleven young elected leader interviews. This year’s focus allowed our research assistants to participate in hands-on qualitative research utilizing the qualitative data analysis software NVivo. They first were introduced to the basics of qualitative methods and as a team they developed their own coding protocol. These efforts provided a solid foundation for the team to move forward with coding and analysis. The results of their hard work are displayed below in the form of the researcher’s final poster and video presentation. 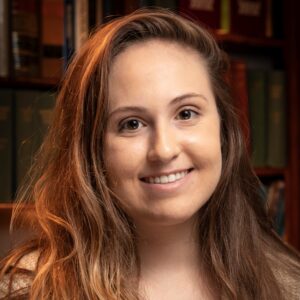 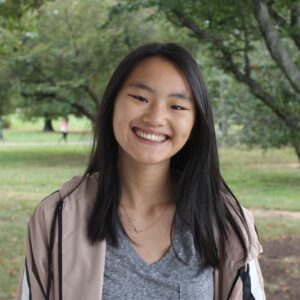 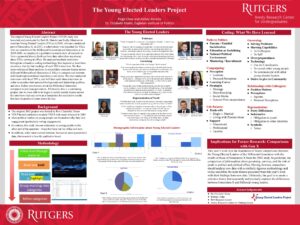 Rutgers University has announced the cancellation of all public events on university campuses effective March 12th through April 15th.  Unfortunately, this means that the April 7th event, RU Running? Political Campaign Training for Rutgers Students, is cancelled. We know the decision to cancel campus events was not made lightly but is the best option for ensuring the safety of community members. We regret any inconvenience this will cause and appreciate your support.

We are exploring options to offer some of the program sessions as webinars in the next couple of months; more details to come soon.

Thank you for understanding and please visit our “Attend an Event” page to stay informed about EIP’s upcoming events and Rutgers’ COVID-19 information website for the latest university-wide updates.

In the spring of 2016, the Eagleton Institute of Politics’ Center for Youth Political Participation and the League of Women Voters of New Jersey’s Young People’s Network joined together to pilot the initiative RU Running? – a training for politically interested college students considering running for public office or who interested in working on a campaign. Held every Spring at Eagleton Institute of Politics, RU Running? builds upon the expertise and experience of both organizations and promises to be a model for colleges and universities throughout New Jersey and nationwide.

For more from The Daily Targum’s coverage, click here.

For more information or to participate in the next RU Running? program, contact jronan@eagleton.rutgers.edu.