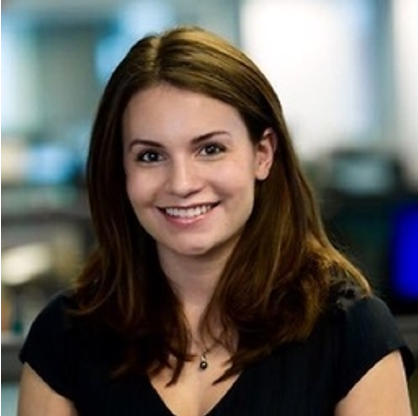 Rebecca Ballhaus (Age 29)  is a Pulitzer prize-winning American journalist who works for the Wall Street Journal.  She graduated with a bachelor’s degree in political science from Brown University. During her time in college, she was a summer intern for the Huffington Post in 2012, and for the Wall Street Journal in 2013.  Three months after her Wall Street Journal internship, she was hired as a full-time reporter.  The article, “Trump’s Hush Money” earned her and her colleagues a nomination for the Pulitzer Prize. “Trump’s Hush Money” covers Trump’s payment to Michael Cohen to cover up the story of Stormy Daniels. Additionally, Ballhaus was one of the  journalists that broke the story of Donald Trump’s efforts to coerce the Ukrainian President into investigating Joe Biden’s son. When she is not writing for the Wall Street Journal, she is a guest political analyst on several news outlets such as CNN, MSNBC, and NPR. Currently, she covers the White House and money in politics.

Trump Pushes Broader Use of Hydroxychloroquine

Q & A with Rebecca Ballhaus

Interview with Anderson Cooper on CNN

“ The best stories are ones that surprise you.” There have been a couple of instances where the president has called one of my stories “fake news,” but we stood by those stories and they were ultimately proven to be true.”