The 115th Congress was elected on November 6, 2016. The new legislative period began on January 3, 2017 and ended in January 2019. There are 435 members in the U.S. House of Representatives and 100 members in the Senate. The minimum age to be eligible as member of the House is 25. Senators must be at least 30 years old. 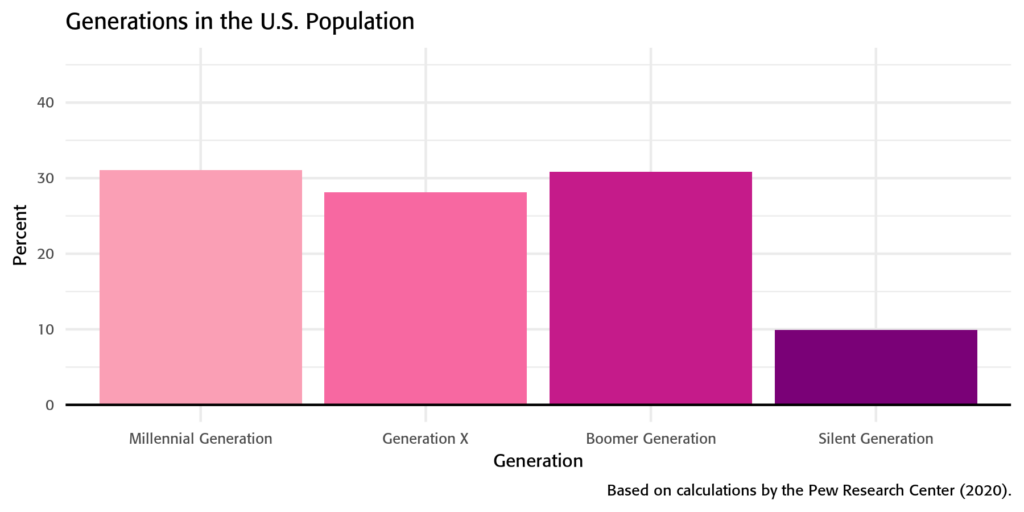 The 115th House of Representatives 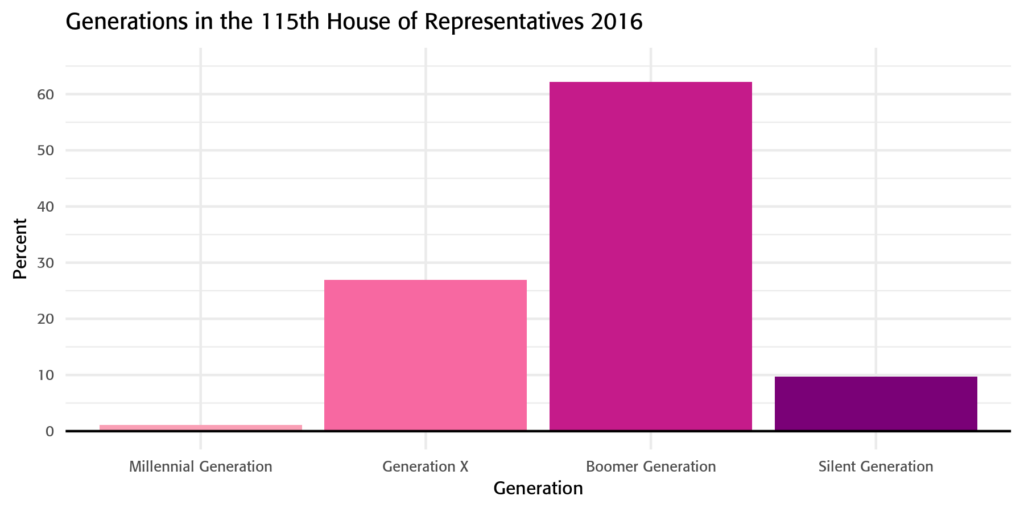 Partisanship in the 115th House of Representatives

In the 115th Congress, the Republican Party held a majority in the U.S. House of Representatives. This contrasted with the U.S. population where a majority of individuals identified as Democrats. Although a large number of citizens identified as Independent, there were no Independent representatives in the U.S. House. As such, the partisanship breakdown of the US House did not align with the partisanship breakdown of the U.S. population as a whole.

Additionally, the partisanship of YELs leaned in favor of the Republican party, while the party identification of young people showed that a majority are Democrat while the remaining are a mixture of both Republican and Independent. One Young Elected Leader was a Democrat, 3 were Republicans. 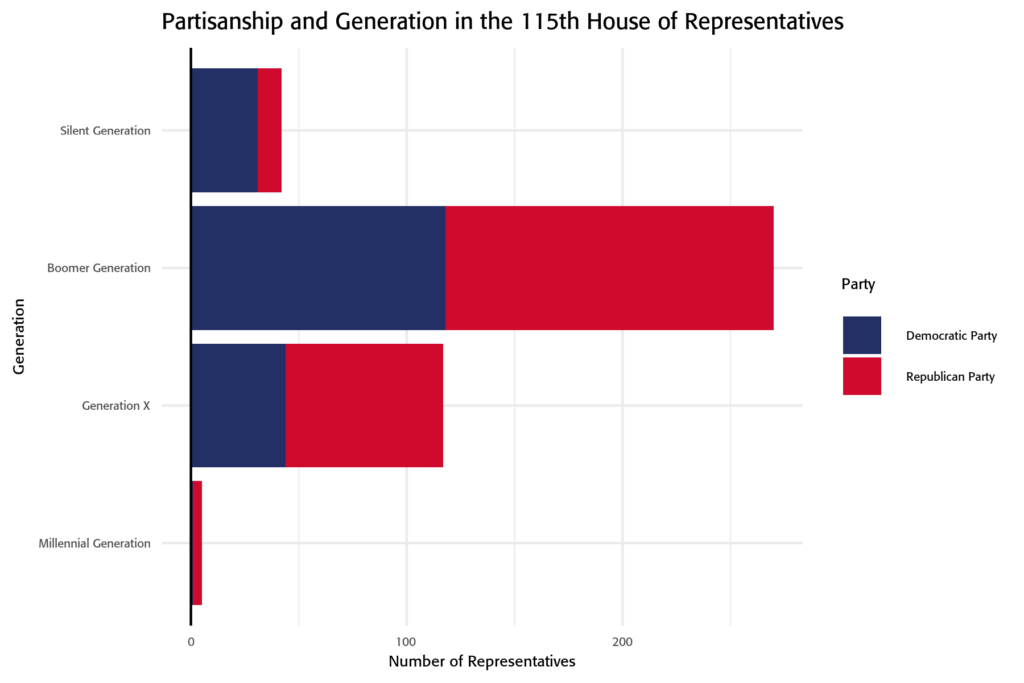 Gender in the 115th House of Representatives

Similarly, 3 of 4 YELs were male, which was not representative of the gender breakdown of young people, in which the population of men and women is roughly half and half. 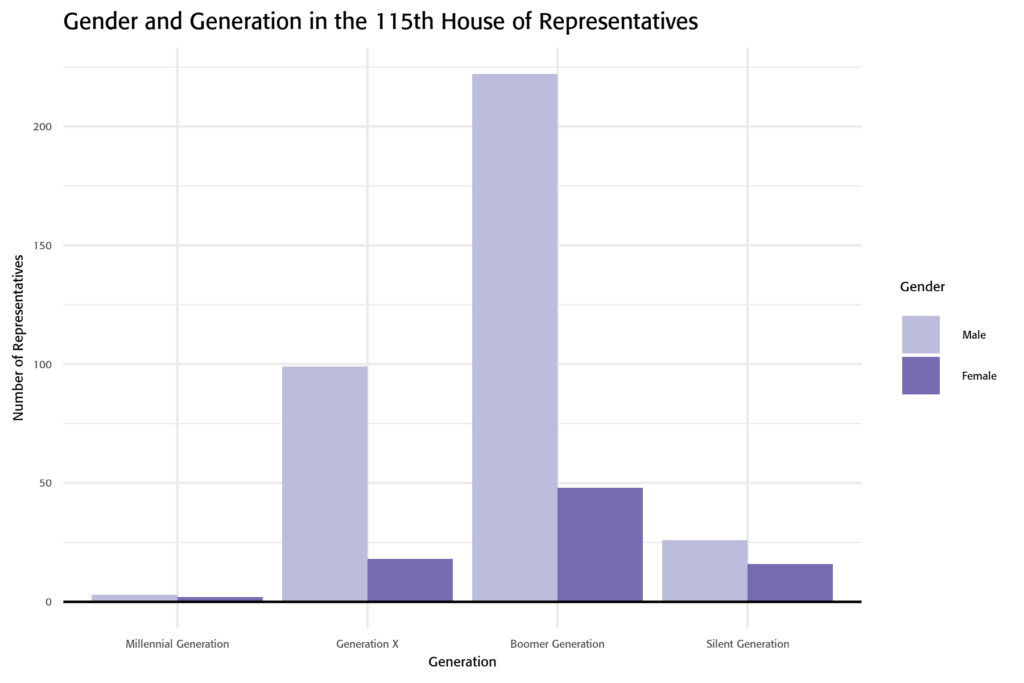 Race and Ethnicity in the 115th House of Representatives

In comparison, a majority of Millennials in the US House were white, with a small percentage of a minority ethnicity. This was not representative of the ethnic breakdown of the Millennial Generation. 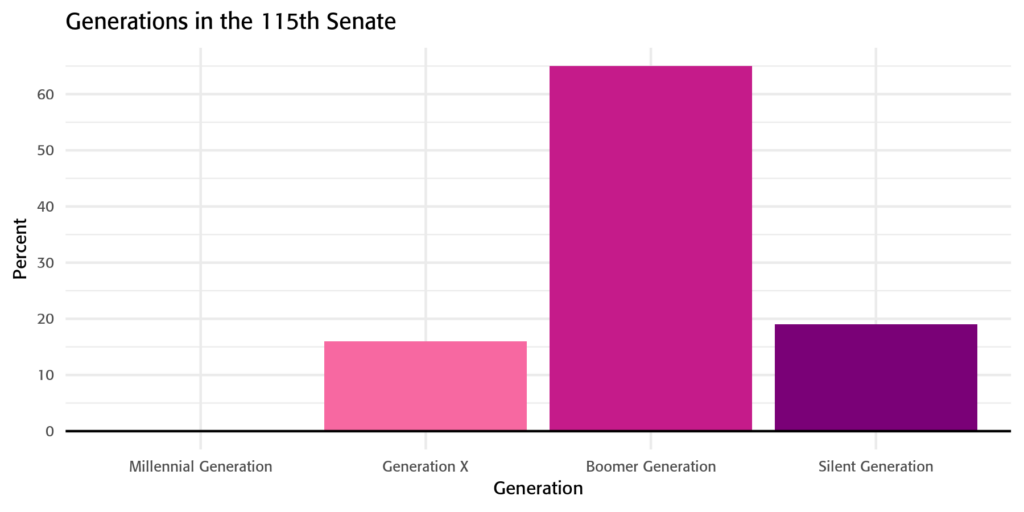 The Baby Boom Generation generation held a disproportionate majority in the Senate and accounted for more than three-fifths of the entire chamber.  Millennials, despite being the largest generation in terms of population, were the least represented with no current members of the Senate.

Partisanship of the 115th U.S. Senate 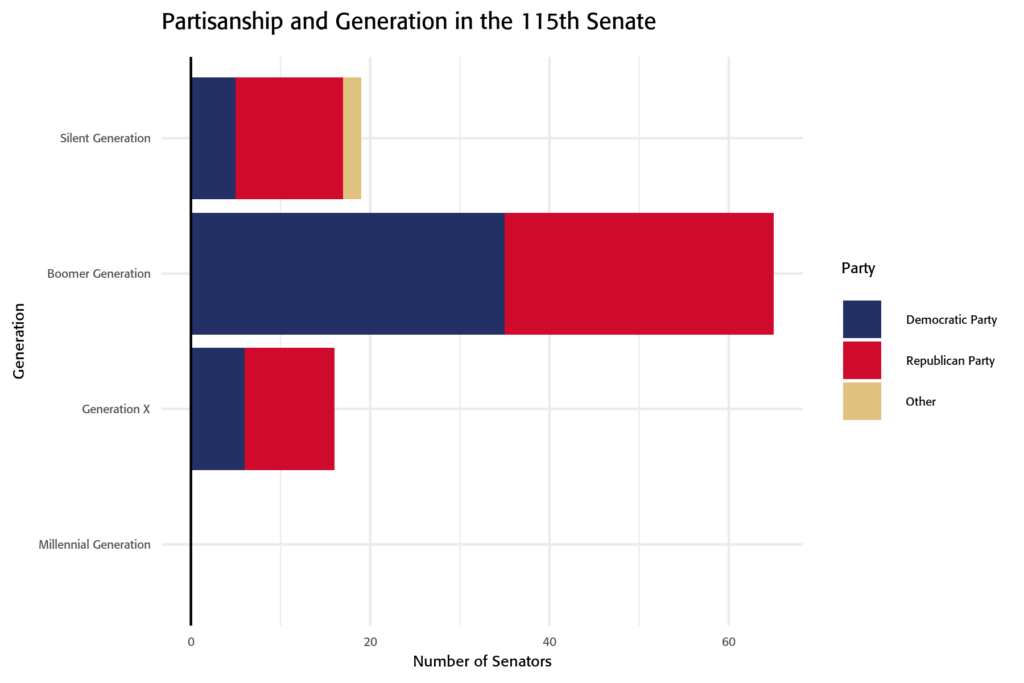 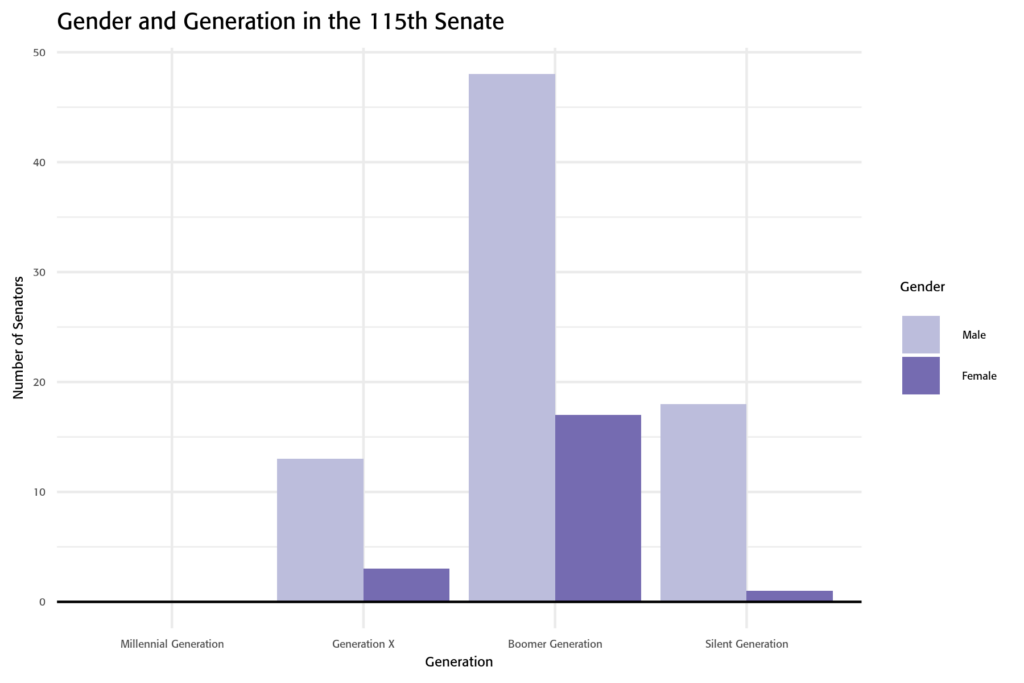 The Senate did not represent the nearly 50/50 population split between men and women in the United States. The gender balance in the Senate was heavily skewed with men holding a strong majority of the 100 seats. Women only accounted for 21% of the seats in the U.S. Senate.

Race/Ethnicity in the 115th U.S. Senate

The ethnic breakdown of the U.S. Senate did not reflect the ethnic diversity of the population as a whole. White people were overrepresented, whereas other racial groups were underrepresented or not represented at all.